The dry stone walls that guide the wide, unmade Bands Lane up onto the outstretched paw of Dodd Fell were undoubtedly once upright and true, but now list and sag under their weight of winters and winds, as slumped as their makers must have been after a lifetime of walling. But for all the tilt and slip of the strata of their throughstones, after two centuries they stand yet, still shepherding the lane between them, and on either side, the descendents of the Swaledale sheep they were first built to pasture. 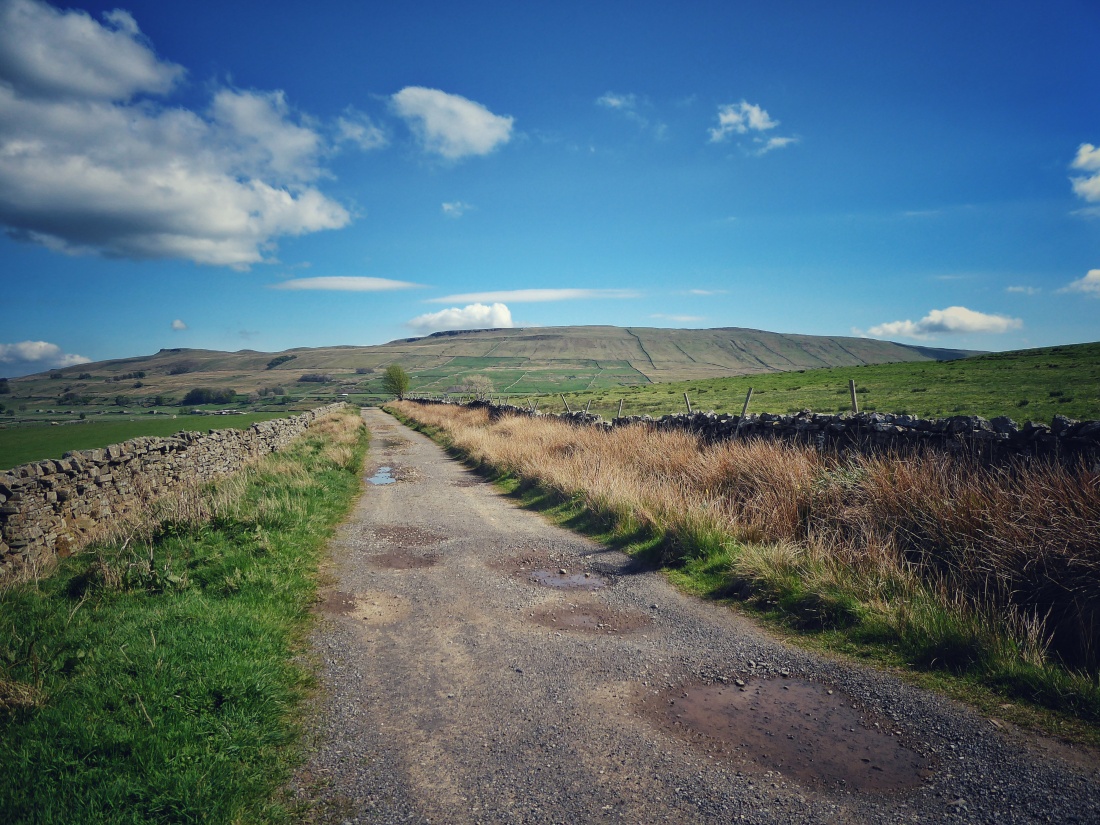 Under a warm spring sun, weeks-old lambs are now drowsily-sitting, now ditzily-gamboling, oblivious to the rasping shrieks of a pair of agitated lapwings wheeling and plunging above them. To these lapwings, the lambs, innocence personified though they may be, are to be treated as a threat just as much as those seemingly innocently-passing jackdaws. All, including me, are guilty of conspiring to rob their shallow scrape of a nest in some nearby tussocky corner of a field. But their energetic deterrence and distraction clearly takes its toll, and they land to rest in the field, amethyst wing feathers glinting in the sun, giving us perceived menances, and perhaps themselves, respite. 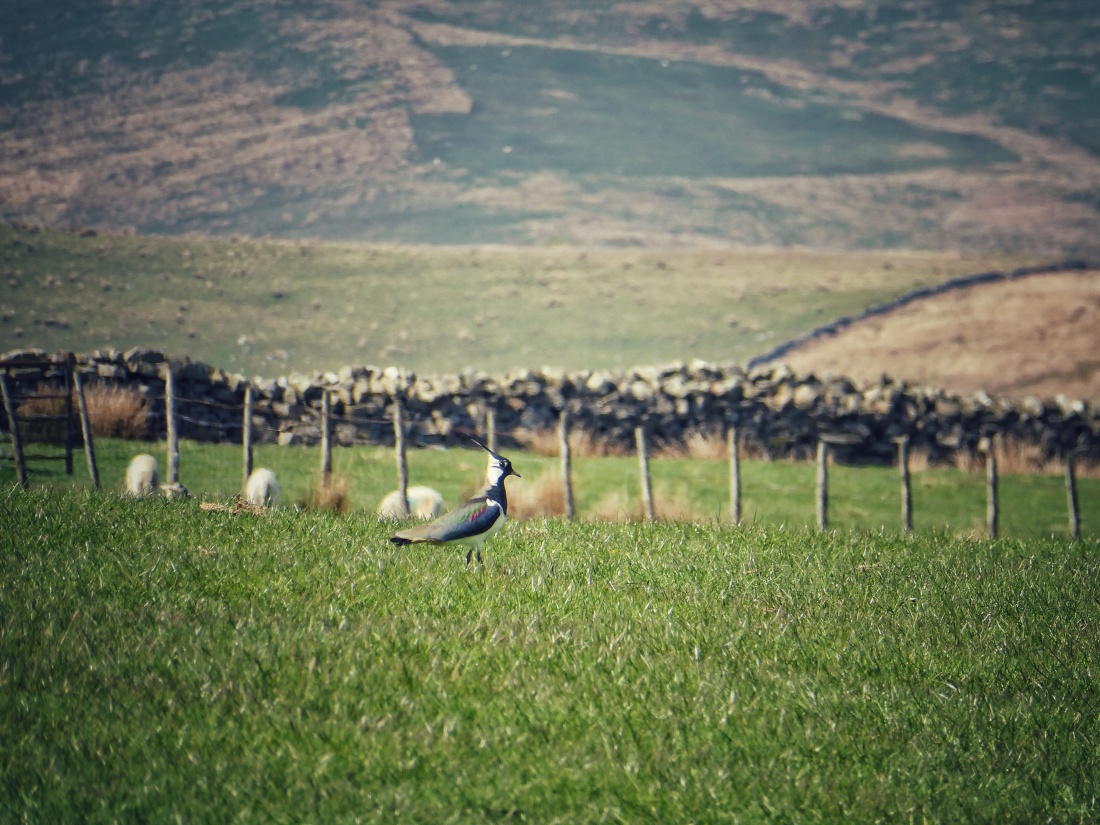 Now that they are hushed, I can better hear the remarkably constant shower of tones released by the skylark above me, and the meadow pipits unspooling and then glissading down their slides of notes. I also catch the rhythmic wheezing cough of a red-legged partridge. Taking out the camera, I scan, at maximum zoom, along the undulating crest of the wall on the far side of the lapwing’s field. With its grey back to me, it looks like another coping stone, but this one is suspended on two giveaway rusty nails. Then, it turns its head to reveal its clownish, powdered-white and black-striped face, with its livid pink-red eye and bill. 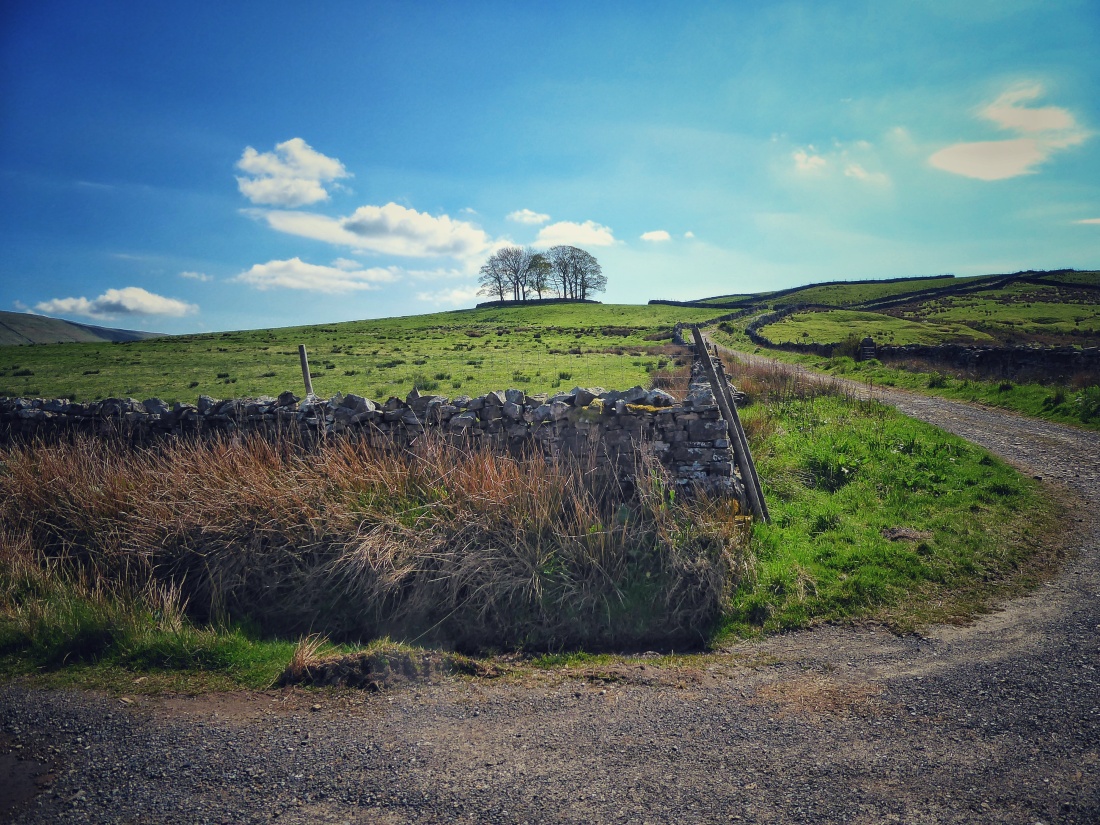 The lapwings, now rested and again ready to take on all-comers, once more rise up in indignation. I move on to escape their accusations, and reach the junction of Bands Lane with Cam Road, a similarly rough, walled track. In Cam Road’s far wall, a small mural of a sunset or sunrise has been mounted in among the wallers. Disappointingly, given that among the most notable and celebrated features of these walls is their lack of binding materials, it has been mortared into place. It is overtly colourful, its maker evidently having felt the thousand greys of the limestone and its whitewash splashes of lichens needed brightening up. 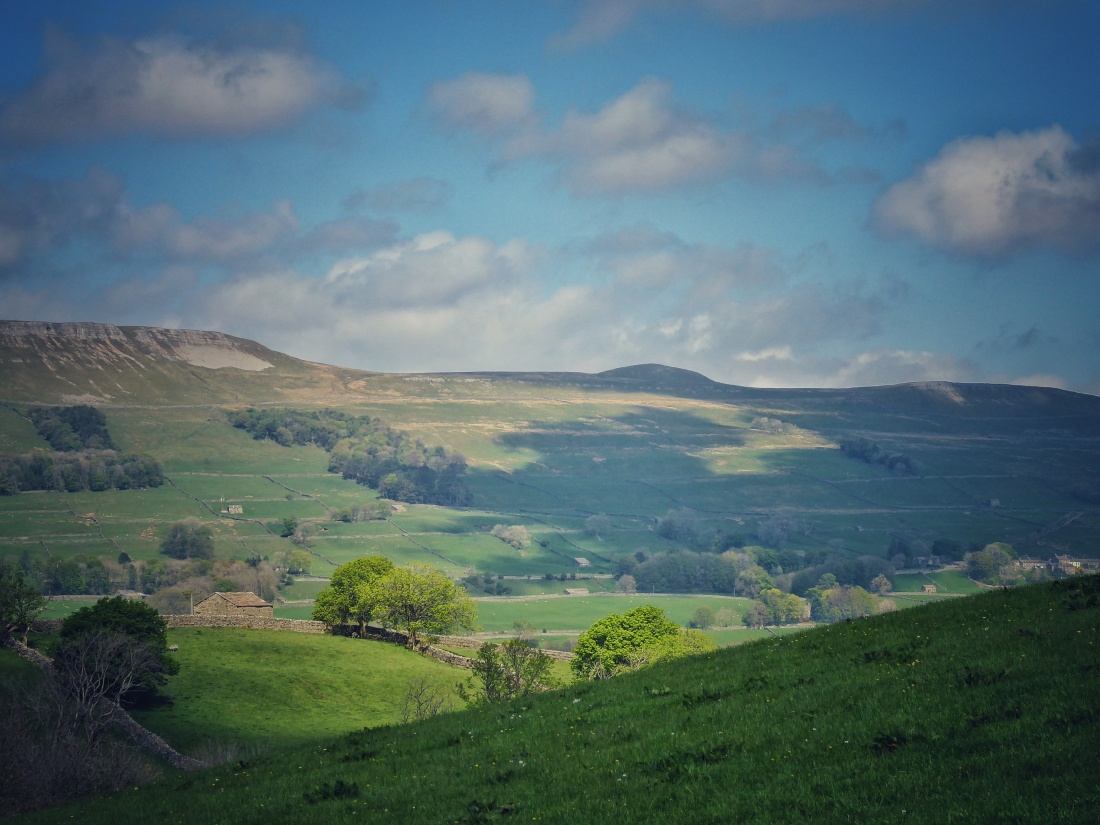 I turn my back to the mural to look down the length of Wensleydale from this vantage point in its upper reaches. A lingering residue of the long-since-cleared early morning fog delicately hazes a blue sky studded with stationary, archetypal cumulus. Their shadows blacken the fawn flanks of Great Shunner Fell like the aftermath of wildfires.

There are some reds in the scene, little embers scattered across a landscape of green: the scarlet wattle of a pheasant which approaches up Bands Lane, then discreetly retreats upon meeting my eye; the orange-red shanks of a redshank, perched on a fence post; the downturned lipsticked mouth of a paraglider’s wing, swinging above St Margaret’s Church in Hawes; a roving tractor, marking its territory from a spreader.

The extraordinary summer growth of grass in the uplands is beginning. The sheened green pastures roll and rise in swells, flecked with fleece-foam whitecaps and fretworked with limestone trails of spume, cresting in crags collapsing in scree bright like showers of spray from breakers. These crags – here, clints – define the classic glacial U-shape of the valley; Cavy Clints, north-facing, shadowed, the crest of Wether Fell; and High Clint, south-facing, radiant; the crest of Stags Fell. It is these two fellsides that I will visit over the next two twilights.